A banknote is a debatable promissory note issued by a bank and payable to the conveyor on request, otherwise called a “bill” or a “note”. The sum payable is expressed on the substance of the note. Banknotes make up the carrier types of all cutting-edge cash, and alongside coin, are viewed as a lawful delicate.

Business banks issue banknotes to guarantee that they could pay clients when they accept a lawful delicate like a gold or silver coin from an individual. It is what banks give a person when they bring a legitimate delicate to the bank in exchange for money. This is to make sure that the bank will give back the lawful delicate (generally gold or silver coin) when the person is ready to give back the money loaned from the bank.  Today, most national monetary standards have no sponsorship in valuable metals or items and have esteem just by fiat.

There is also another kind of banknotes, which is the same as paper currency. Collectors take a particular delight in collecting banknotes. A huge number of individuals around the world are presently getting a charge out of this energizing leisure activity! Gathering distinctive banknote monetary forms opens a man to an outside nation’s way of life, renowned individuals, well known historic points, and premiums. They likewise vary in the paper utilized, sizes, shading, plan, and esteem.

To start with a recorded utilization of paper cash was in China in the seventh century. The training did not end up noticeably boundless in Europe for almost a thousand years.

The goldsmith-investors started to acknowledge stores, make credits and exchange reserves. They additionally gave receipts for money, in other words gold coins, kept with them. These receipts, known as “running money notes”, were made out for the sake of the investor and guaranteed to pay him on request.

In 1694 the Bank of England was built up to fund-raise for King William III’s war against France. The Bank began to issue notes as an end-result of stores. These notes were at first manually written on Bank paper and marked by one of its clerks. Today, all British banks convey the main clerk’s mark. After 1696, it was chosen not to issue any notes worth under £50 and since the normal salary at that point was under £20 a year, a great many people experienced existence while never coming into contact with banknotes.

The move towards settled category notes began in the eighteenth century and from 1725 the Bank was issuing halfway printed notes for culmination by hand. The £ sign and the principal digit were printed yet different numerals and subtle elements were included by hand.

Clerks were at long last mitigated of the undertaking of marking each note separately in 1853 when the primary completely printed notes showed up.

The primary world war broke the connection amongst notes and gold by and by. The administration expected to preserve bullion stocks thus the Bank quit paying out gold for its notes.

Previous senator Mervyn King’s declaration that Sir Winston Churchill would show up on British banknotes, no doubt set up of social reformer Elizabeth Fry, started outrage at the vanishing of all female verifiable figures from notes.

Bring in your Banknotes to Nevada Coin Mart for a free verbal appraisal and evaluation today! 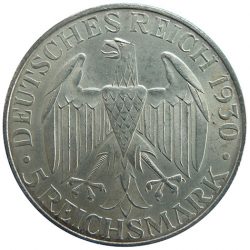